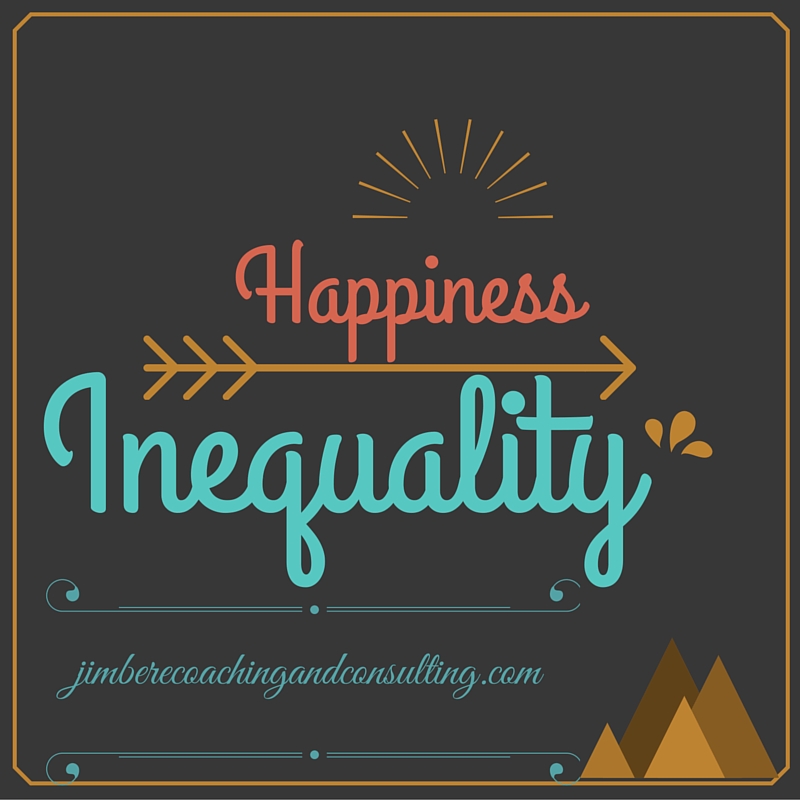 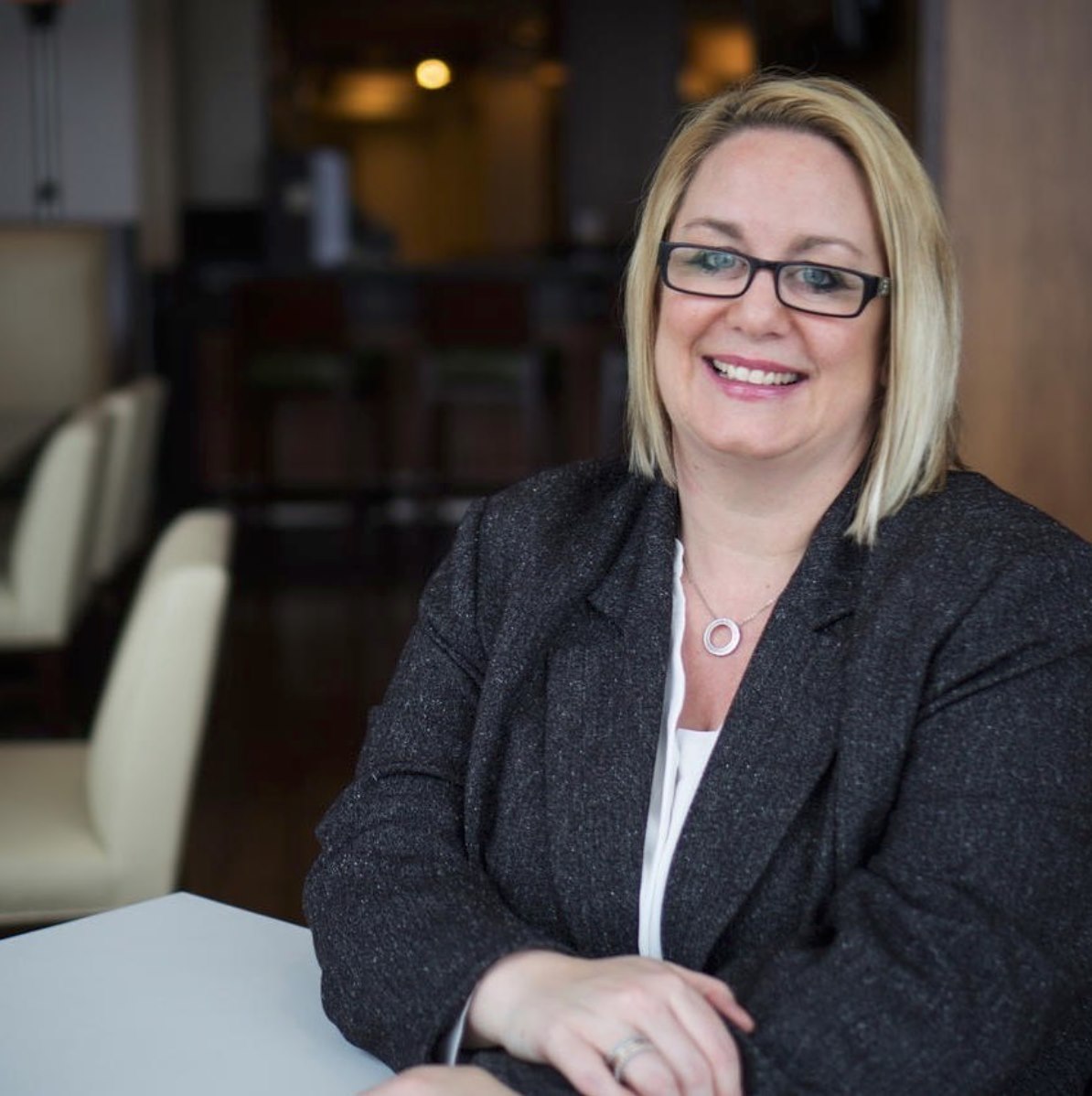 Today I read the World Happiness Report 2016. Update, happiness inequality is on the rise.
You may be thinking, what is happiness inequality? It’s the psychological parallel to income inequality: how much individuals in a society differ in their self-reported happiness levels—or subjective well-being, as happiness is sometimes called by researchers.
In my work, Coaching and Consulting individuals, teams and organizations, I use something called a Circle of Personal Perspective. It is an exercise that reveals through self-reflection where people are most and least satisfied with their lives.

This is typically where we begin to introduce Positive Psychology Principles to increase their satisfaction in several key areas in their life.
Since 2012, the World Happiness Report has championed the idea that happiness is a better measure of human welfare than standard indicators like wealth, education, health, or good government. And if that’s the case, it has implications for our conversations about equality, privilege, and fairness in the world.

Are you familiar with the country with the greatest happiness equality?

In fact, here are the top 10 Countries with the Most Happiness Equality:
1. Bhutan
2. Comoros
3. Netherlands
4. Singapore
5. Iceland
6. Luxembourg
7. Switzerland
8. Senegal
9. Afghanistan
10. Finland
The more happiness equality a country has, the happier it tends to be as a whole. Among the world’s happiest countries—Denmark, Switzerland, Iceland, Norway, and Finland—three of them also rank in the top ten for happiness equality.
According to studies,  happiness equality was also a stronger predictor of social trust than income equality—and social trust, a belief in the integrity of other people and institutions, is crucial to personal and societal well-being.
“Inequality of well-being provides a better measure of the distribution of welfare than is provided by income and wealth,” assert the World Happiness Report authors, who hail from the University of British Columbia, the London School of Economics, and the Earth Institute.

World Happiness Report 2016 Update
To do this analysis, the researchers asked a simple question of nearly half a million people worldwide: On a scale of 0-10, representing your worst possible life to your best possible life, where do you stand?

The most common answer is 5.

If the world had perfect happiness equality, everyone would provide the same answer to this question.
Researchers also assessed the level of happiness inequality in each of 157 countries, taking into account how much people’s happiness ratings deviated from each other.
Topping the rankings for happiness equality is Bhutan, a country whose government policy is based on the goal of increasing Gross National Happiness. Those with the most happiness inequality are the African countries of South Sudan, Sierra Leone, and Liberia.
Canada ranks 29th for happiness inequality, meaning that subjective well-being—not just wealth—is spread relatively unevenly throughout our society. We fare worse than New Zealand (#18), better than Australia (#30), and much of Western Europe. Note that these aren’t the happiest countries; they are simply the places without a huge happiness gap between people. Even so, as described above, happiness equality is associated with greater happiness overall.
Unfortunately, trends in happiness inequality are going in the wrong direction: up. Comparing surveys from 2005-2011 to 2012-2015, the researchers found that well-being inequality has increased worldwide. More than half of the countries surveyed saw spikes in happiness inequality over that period, particularly those in the Middle East, North Africa, and sub-Saharan Africa.
I have worked with many individuals and teams to cause awareness and shift their perspective. Are you looking to increase your positive emotions?
Inviting you to sign up for my free video and email series on 5 Positive Psychology Practices.

Leveraging extensive learning in this discipline I can support you to increase your:
✓ Optimism
✓ Gratitude
✓ Purpose
✓ Flow
✓ Values in Action
✓ Authentic Happiness

The good news is that promoting happiness equality doesn’t require taking happiness from some people and giving it to others. Instead, these findings underscore the importance of building a society and a culture that cares about individual well-being, not just economic growth.

Some countries—such as Bhutan, Ecuador, the United Arab Emirates, and Venezuela—have already taken this stance, appointing happiness ministers to work alongside their government officials. As report co-editor and Earth Institute director Jeffrey Sachs writes:
Governments can ensure access to mental health services, early childhood development programs, and safe environments where trust can grow. Education, including moral education and mindfulness training, can play an important role. Human well-being [should be] at the very center of global concerns and policy choices in the coming years.

What can you do to improve human well-being and decrease happiness inequality?

How would you like to maximize your personal and business performance and increase your optimism? Jennifer Jimbere is the President of Jimbere Coaching and Consulting.
Unleash your strengths, email jennifer@jimberecoachingandconsulting.com.

Maintain momentum and make it a great day! Proud to announce my next step!

Tune in to hear exciting news on the next steps in my journey. I am forever grateful to the peers, leaders and clients who have shaped my journey so far.  The learning and experience over 17 years in Financial Services, 11 years as an entrepreneur and 3-time published author has helped me prepare for this next opportunity.

Your organization could benefit to partner and find out what skill gaps are required for your leaders to be more effective through Executive Coaching. Learn more about how partnering with Jimbere Coaching and Consulting can support your performance. 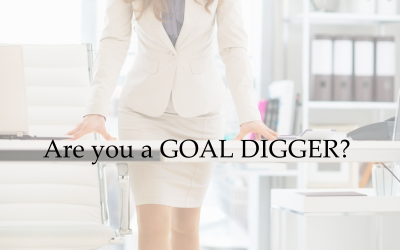 Are you a Goal Digger?

Do you take the time to step into possibility?

To think, to imagine and explore how you can bring about a new reality.
Every year, I build a scorecard for my goals and look at it weekly to ensure that they are always top of mind. This helps me to take inspired action.

Last year really enforced the importance of planning and vision!
When I work with clients, I invite them into this process as part of the 4DX model for planning.

In this article, I share a few reasons why companies hire coaches & consultants.